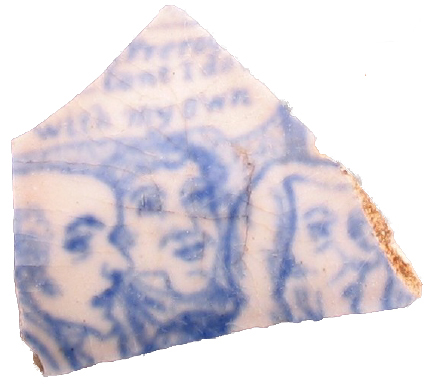 AN OPPORTUNITY to find out all about the remarkable excavations at High Morlaggan, near Arrochar, was offered on Saturday January 14 at the Three Villages Community Hall.

The Morlaggan Rural Settlement Group held a double event in celebration of the excavations, including a book launch, entitled ‘People, Pottery and the Past’.

A spokesman for the group said: “Visitors had the chance to discover the secrets unearthed by this community excavation, and see some of the artefacts including a stunning selection of pots re-assembled by ceramic expert George Haggarty and his patient volunteers. Copies of our photography book recording the project were also sold.”

In the first session visitors could bring old plates and bowls and ask a ceramics expert about their history and value, consult archaeologists and a glass specialist, make clay pipes, and weave willows. There was also be a quiz for young people.

Sir Malcolm Colquhoun of Luss introduced the evening session, and site director Roddy Regan gave a talk on the results of the explorations. Group members presented a slide show originally set up by George Haggarty, and music and refreshments followed.

The group evolved from two friends, Sue Furness and Fiona Jackson, and their interest in the deserted, ruined settlement, and was formed in December 2009.

Apart from the excavations, they aim to stimulate public interest in the settlement, encourage and support research into other deserted rural settlements, and map the locations of settlements in the Loch Long and Loch Lomond area.

More information about the group can be obtained by emailing This email address is being protected from spambots. You need JavaScript enabled to view it.