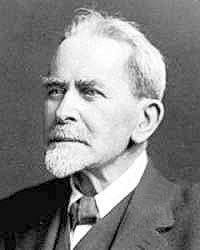 TONIGHT, with the muffled roar of London in my ears, I look down the long vista of the past and see again the little white town by the sea, the hills above it tinged with the warm sunset light.

I hear again the soft music of the evening bells, the bells of which they told us in our childhood that though we did not heed them now, we would remember them when we were old.

Across the bay in the deepening shadow lies sweet Rosneath, embowered in its woods, and beyond the dark and slumbrous waters of the loch peep glimmering through the twilight the low green hills of Gareloch, while above them tower far into the glory of the sunset sky the rugged mountains of Loch Long.

Home of my youth! There in the little house in the garden where it seems to me now that it was always summer and the flowers were always bright — the garden where the burn winds wimpling over the pebbles under the red sandstone cliffs — I dreamed the long, long dreams of youth.

A mist, born not of the sea, rises up and hides the scene. And as the vision fades, like many a dream of youth before, I look out into the night, and see the lights — and hear again the muffled roar of London.