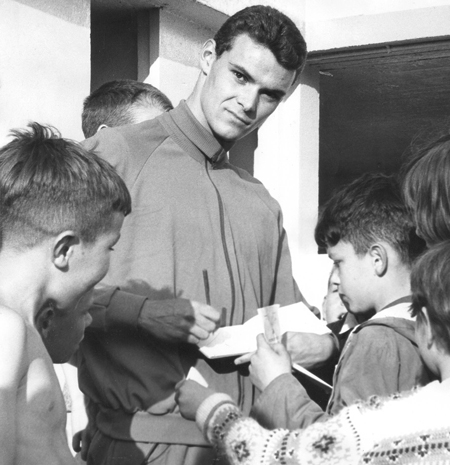 A 1964 Olympic silver  medalist swimmer spent his infant years in Helensburgh and returned in his 40s to make his home in the town.

But contrary to what is stated on a number of websites, Robert Bilsland McGregor MBE was not born in the burgh — he was actually born in Glasgow on April 3 1944.

His father David, also an OIympian who was a leading member of and only Scot in the British water polo team for the 1936 Games in Berlin, was appointed Helensburgh pondmaster soon after, and he and his wife Nancy and baby Bobby moved to the town.

Three years later David was appointed baths master in Falkirk and moved there, but it was another six years before Bobby had his first swimming lesson, his father having insisted he learn the basics before he could pursue alone his favourite pastime, fishing, from canal banks.

The Comely Park Primary pupil began with the breast-stroke, and within a year won his first championship, the Falkirk Primary Schools title. Then he took up the more demanding front crawl, the stroke in which he was to become world famous.

Falkirk High School pupil Bobby was 16 and Scottish junior champion when he represented his country for the first time as part of the squad that faced Wales and Ireland for the Tenovus Cup at the Empire Pool in Cardiff in 1960.

The 'Falkirk Flyer' had staked his claim for selection with a brilliant swim at the inter-district championships a few weeks earlier.

That day he left his rivals trailing in winning the 100 yards freestyle final in 53.5 seconds, just 0.2 seconds outside the British junior record held by Olympic star and fellow Scot Ian Black.

His father said at the time: "Bobby is beginning to fill out now and get more power in his arms. He's chopped nearly four seconds off his time for the 100 this year and that's quite a chunk.

“I've not been driving him yet, because he's maturing at his own pace and I don't believe in rushing young swimmers. I know he's an outstanding junior, but I want him to become an outstanding senior."

Two years later in 1962, his 18 year-old 6ft 3ins son was an automatic choice for Scotland, and held the British and Scottish 100 yards freestyle titles. He had also been selected for the team to go to Perth, Australia, for the British Empire Games.

He finished second in the 1963 BBC Sports Personality of the Year Award.

In August 1964 Bobby set his first world record when he produced a sensational swim in the 110 yards final at the British Championships to win in 53.6 seconds.

Later that day, he was named captain of the British Olympic swimming team to compete at the Tokyo Games that October, when he won a silver medal.

He was unlucky to share the pool with one of the greatest freestylers of all time, United States prodigy Don Schollander, who was more of a 400-yard specialist but used the shorter races as preparation.

Bobby's time of 53.5 seconds, enough to win in Cardiff two years earlier, was just a tenth of a second off the mark, leaving Schollander to win the first of four medals at the Games.

"All I ever really wanted to do in the sport was to win an Olympic gold,” he recalls. “That was my target because that's what people remember.

“I knew Tokyo was my best chance to win, and I'm disappointed I didn't do it."

Nevertheless he returned home to a hero's welcome, and he and the rest of the British Olympic team were guests at a lunch in Buckingham Palace.

The Queen told him: "I watched your race on television. It was very exciting and if you'd had a longer finger you would have won."

The next day over 2,000 banner-waving supporters were waiting outside his Falkirk home as he was reunited with his proud parents and sister Elizabeth.

It was 1966, however, that was possibly his greatest year.

Over five weeks he won a silver medal at the Commonwealth Games in Kingston, Jamaica; clinched gold at the European Championships in Utrecht, Holland; then smashed his own world record for the 110 yards at the British Championships in 53.3 seconds.

Rounding off an incredible 12 months, his achievements were recognised by the Queen who awarded him an MBE for his services to the sport.

Bobby broke the world record for the 110 yards freestyle sprint five times, and in 1966 he was rated the fastest swimmer in the world by the International Swim Federation.

He retired from competitive swimming after the Mexico Olympics in 1968, bringing the curtain down on an illustrious career at the age of 24 with a fourth place finish in the 100 metres freestyle final.

Despite a punishing daily training regime in the water, Bobby commuted to Glasgow to study architecture at Strathclyde University, gaining an honours degree. It was to this profession he turned, living and working in Glasgow.

Now he is known as Bob, and in 1985 he married his second wife, Bernadette McKell. Not long after their first son David was born they moved to Helensburgh, where second son Gordon was born. 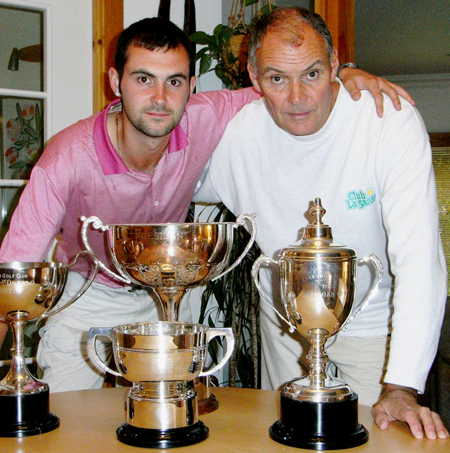 Bernadette said: “Bob always liked Helensburgh, and we wanted the kids to grow up out of the city.”

He and Roy Hamilton formed the architectural partnership of Hamilton & McGregor in Sandyford Place, Glasgow, in 1988, working successfully for the Ministry of Defence, developers and private clients.

Roy retired from the firm in 2004. Bernadette joined as a partner and formed Hamilton and McGregor Acoustics. This division of the firm has been bought over by Aecom Inc., one of the biggest consultancy firms in USA with offices worldwide.

Bernadette is acoustic director worldwide for Aecom, while Hamilton McGregor Architects is still headed by Bob who is now semi-retired.

Outside work he enjoys sports such as golf, tennis, fishing and skiing, rather than swimming.

In 2002 he was inducted into the Scottish Sports Hall of Fame, one of its first inductees.