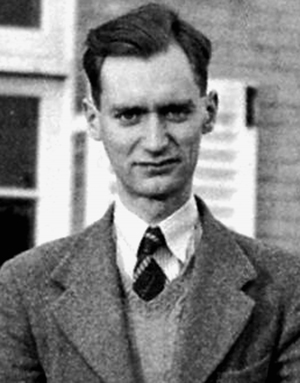 ONE of the leading figures in post World War Two aircraft design, who died on May 24 2012 at the age of 89, began his aviation career in Helensburgh.

It was the start of a stunning career for Sir James Hamilton, who told retired Merseyside weekly newspaper editor Robin Bird: “When I arrived at MAEE at Rhu no-one knew who I was.”

Robin, who has published one book about MAEE and is now preparing another, tells me: “They soon did, as the young graduate’s aeronautical career took off.”

Born in Penicuik, Midlothian, on May 2 1923, James Arnot Hamilton was educated at Lasswade Secondary School where he was Dux, and graduated from Edinburgh University with a first class degree in civil engineering.

Entering the Scientific Civil Service, he was fast tracked to MAEE which was developing ways of finding and sinking U-boats using seaplanes and flying boats.

The young Mr Hamilton reported to Rhu, where he was set to work under Dr J.G.Whitfield, head of a small but talented research group. His career progressed quickly.

He started to specialise in the hydrodynamics and aerodynamics of flying boats and seaplanes, particularly the Sunderland prototype and later versions, and was also involved in the Spitfire floatplane project at Helensburgh.

Robin, who interviewed him a few months ago for his second book, says Mr Hamilton was a ‘hands-on’ boffin. He regularly flew in the aircraft he studied before preparing detailed reports for the MAEE and Ministry of Aircraft Production.

He was in the Short Scion experimental seaplane when it crashed into the Clyde Estuary, killing a senior colleague, Graham White, and injuring the pilot. Mr Hamilton was the third person aboard, and although he was trapped in the wreckage for a while he managed to escape and be rescued. 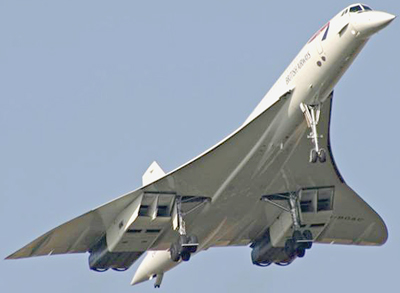 He then assumed further responsibilities and seniority. With colleague John Allen, he prepared numerous detailed reports for the Government on flying boat design and behaviour.

When the war finished and MAEE returned to Felixstowe, he went with it to work on post war aircraft design and became head of flight research. His projects included the turbojet-powered Saunders Roe SRA/1, the world’s first jet flying boat.

In 1952, the year he received the MBE, he joined the research section of the Royal Aircraft Establishment Farnborough, dealing with the aerodynamics of high speed flight.

He became head of project assessment at RAE and, in 1966, was project director for the Anglo French Jaguar tactical fighter aircraft.

Later that year he became Director General for the Concorde project and was largely responsible for the swept-back delta wing on Concorde (above left) which enabled it to fly at speeds of Mach 2. He led the project until 1970.

Sir James was a director of the Hawker Siddeley Group from 1983-91 and held various other high positions, including Trustee of the Natural History Museum in London. 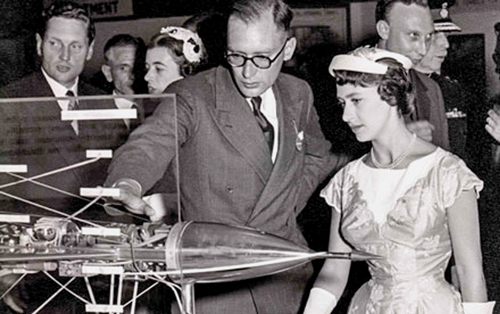 In 2003, he and former colleague John Allen published a document on ‘Seaplane research — the MAEE contribution’, which contained details of their time at MAEE Helensburgh as boffins and their attitude to research work.

They wrote: “Although we had a pretty relaxed attitude to distinctly hazardous manoeuvres, we were always careful to plan our test programmes in close consultation with pilots.

"Always, safety was in mind.”

He married in 1947 Christine Mary McKean, with whom he had three sons before the marriage was dissolved. He is survived by his sons and by his partner of 18 years, Marcia Cunningham.