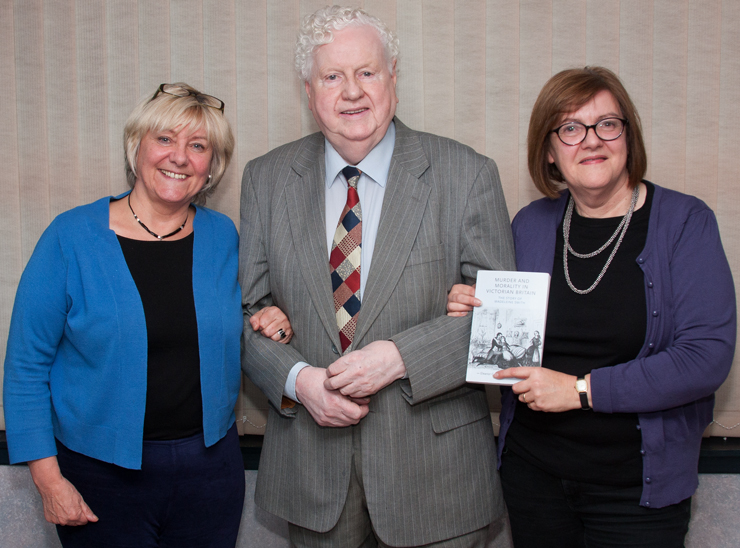 THE AUTHORS of a book about Madeleine Smith, the young woman from Rhu who was alleged to have murdered her lover, told her story at a packed meeting of Helensburgh Heritage Trust on Wednesday November 28 2012.

It was standing room only when burgh-born Eleanor Gordon, Research Professor in Economic and Social History at Glasgow University, and Dr Gwyneth Nair, Honorary Senior Research Fellow at the University of the West of Scotland, spoke to members and guests in the upstairs meeting room at Helensburgh Tennis Club in Suffolk Street.

Madeleine, whose architect father James Smith had homes at Blythswood Square in Glasgow and Rowaleyn (now Invergare) in Rhu, was accused of poisoning her lover, Pierre Emile L'Angelier, with arsenic, and was tried at the High Court of Justiciary in Edinburgh in the summer of 1857.

The trial, which attracted huge interest at home and abroad, culminated in the reading aloud of 77 of the letters that she had written to L'Angelier.

Professor Gordon and Dr Nair, who have read over 200 of the letters — many written in Rhu — still in existence, used quotes from them to tell the story of the affair and the trial, and to show how the case shed light on the social and economic history of the time, as well as Victorian morality.

The letters were so shocking and at times graphic, the judge felt, that he refused to allow parts of them to be read out because they were written in terms "perhaps never previously committed to paper as having passed between a man and a woman".

However the jury took barely half an hour to find the case against Madeleine not proven, a verdict which only exists in Scotland. She spent the later part of her life in England and America, and died in New York in 1928 at the age of 93.

Heritage Trust chairman Stewart Noble both introduced and proposed the vote of thanks to the speakers, whose book, entitled ‘Murder and Morality in Victorian Britain: The Story of Madeleine Smith’, published by Manchester University Press in 2009, is still available.

The picture shows Professor Gordon (left) and Dr Nair with ex-Provost Billy Petrie, an honorary member of the Trust and village postmaster in Rhu for 50 years. Photo by Donald Fullarton.