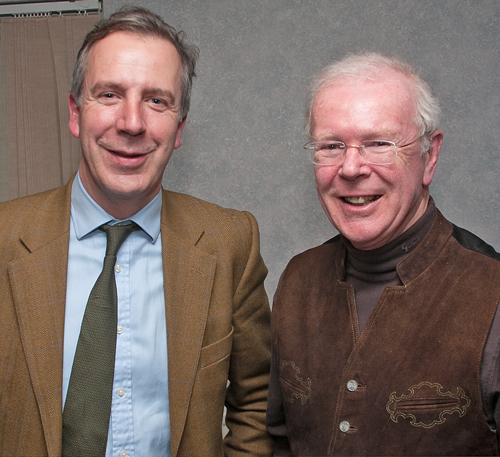 THE fascinating story of a Cardross man who went to live in America, became a friend of Thomas Jefferson, then became a bankrupt in a debtors prison was told to Helensburgh Heritage Trust on Wednesday evening, February 26.

James Donald travelled from his Dorset home to describe the colourful life of his forebear Alexander Donald of Geilston, who lived from 1745 until 1808.

His talk was dedicated to his great grandfather, Colin Donald, the first member of the family to become an amateur historian, who lived in Helensburgh and was president of the Glasgow Archaeological Society in 1884.

The Donald family lived at Auchensail, Cardross, in the 1620s, then Lyleston House in 1707, and finally Geilston in 1757.

Alexander, who was born on May 17 1745, was one of four children of James Donald of Geilston and his wife Marion Yuille of Darleith. His father, a merchant, partner in a shipping company, and late Bailie of Glasgow, died in 1760.

Bequeathed what was then the substantial amount of £5,000 of his father's £20,000 fortune, Alexander left home at the age of 14 to travel to Richmond, Virginia, to work for a merchant for three years at a time when the tobacco trade with Glasgow was growing rapidly.

It was during this time that he became a friend of Thomas Jefferson. However he returned home in 1770 and became a Bailie of Glasgow as his father had been.

A 1780 edition of the London Gazette records him presenting an address pledging Glasgow’s loyalty to King George III and kissing his hand. This was at the height of the American War of Independence.

He returned to America in 1784, aged 39, after hostilities had ceased, and became acquainted with George Washington, who was to become President of the United States from 1789-97.

They ran a lottery together, and he stayed with Washington at Mount Vernon, Virginia, on at least two occasions in 1785 and 1787.

He was introduced to Washington by Patrick Henry, one of the leaders of the American Revolution. Henry had been Alexander’s lawyer and near neighbour from before the war. Alexander started to correspond with Thomas Jefferson, who in 1787 was serving as American Ambassador at the Court of Versailles, soon after his return to America.

Jefferson was the principal author of the 1776 Declaration of Independence. He was the first United States Secretary of State under President Washington, became Vice-President in 1796, and succeeded John Adams as President from 1797 to 1801.

Throughout these years Alexander and Jefferson corresponded regularly on topics ranging from the Bill of Rights to dogs, plants and wine.

In 1790 Alexander decided to return to London, and gave up American citizenship. Two years later he moved to Nuneaton in Warwickshire. 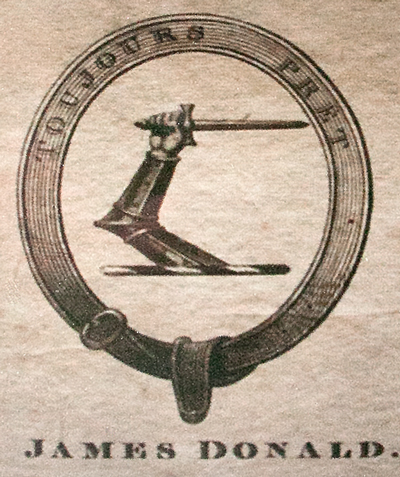 Now in the coal mining business, he contacted the Greenock-born inventor and engineer James Watt with a view to buying a steam engine. In the event he bought a secondhand one which did not work.

Now he owed James Watt and others considerable sums of money, and in 1793 one of his businesses collapsed and he lost a fortune. But in 1795 — the year of his last letter from Jefferson — he acquired the lease on Haunchwood House near Nuneaton, which included a small coal mine.

The mine too went bust, and he was declared bankrupt and sent to the King’s Bench Debtors Prison in Southwark, London, on Hogmanay 1800. He was discharged after less than a year.

In 1803 his finances were restored when he inherited a sum from his uncle, Robert Donald of Mountblow.

In 1806 he wrote a will in which he described himself as a coal miner and which effectively disinherited his son James, who was living in Jamaica, by leaving him only five shillings.

He left the rest of his estate to his daughters, Janet and Sarah. However there is no record of him ever marrying.

He died in 1808 in his 64th year at Haunchwood, and was buried at Chilvers Coton Church, Nuneaton.