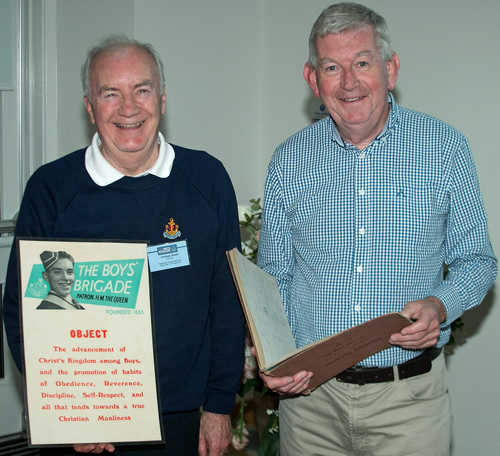 THE CENTENARY of the 1st Helensburgh Boys Brigade the previous day was celebrated at the second open meeting of Helensburgh Heritage Trust’s winter season on Wednesday October 26 2016.

The speaker in the Marriage Room at Helensburgh and District Civic Centre on East Clyde Street was Trust chairman the Rev David Clark, a former BB member who has extensively researched local BB history in preparation for the centenary.

A full report of his findings will be uploaded to this website soon. A display of BB memorabilia can be seen in a Trust display case adjoining the Marriage Room. 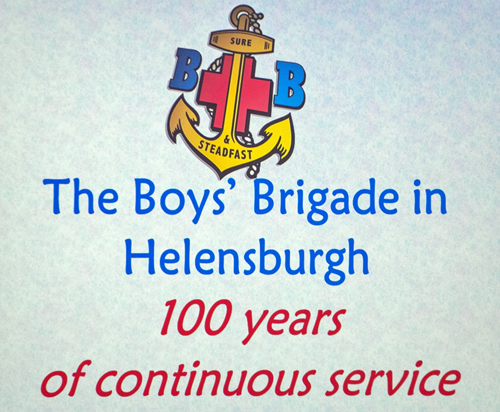 The AGM was a first for three reasons. It was Mr Clark’s first since he succeeded Mr Noble as chairman, it was the first to be held in the Civic Centre, and it was the first since the Trust changed from being a company limited by guarantee to become a Scottish Charitable Incorporated Organisation.

As a result the former directors are now Trustees.