The well attended meeting in Helensburgh and Lomond Civic Centre in East Clyde Street enjoyed a presentation given by Trust director Robert Ryan and his canoeing partner, Ritchie Forrester. 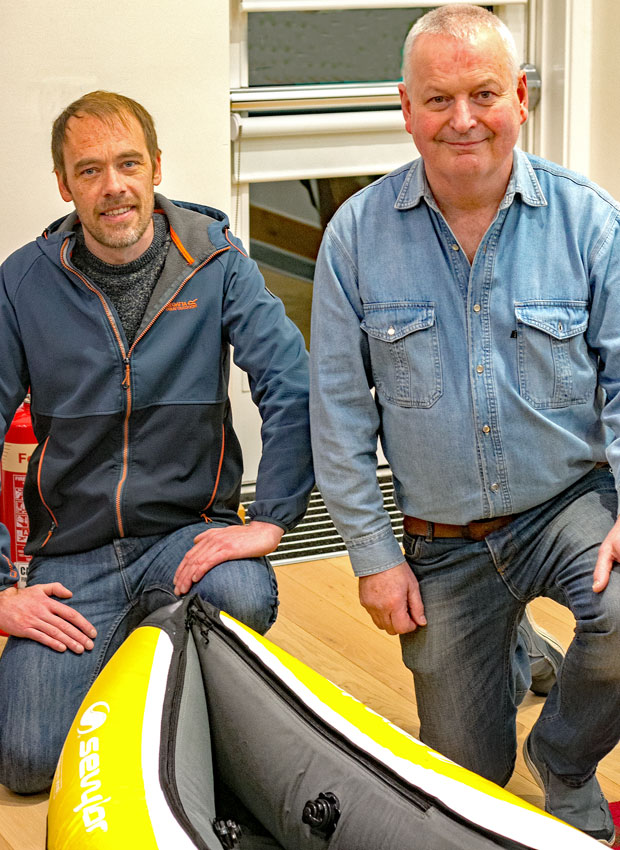 They spoke about the history and topography of the twelve islands between Duck Bay and just north of Luss, starting with the largest, Inchmurrin, and also discussed Inveruglas and I Vow at the top end of the loch.

The loch is 72 square kilometres in area, the largest in Britain, and is over 22 miles long. At its deepest point it is 190 metres deep, which is deeper than the North Sea. In all it has 22 islands and 27 islets.

As the Highland Boundary Fault crosses it, on one side it is in the Highlands, and the other the Lowlands.

Inchmurrin, which has a hotel run by the Scott family, is the nearest to Duck Bay and is the largest inland island in the British Isles. On two days a year it is the home of a nudist colony. 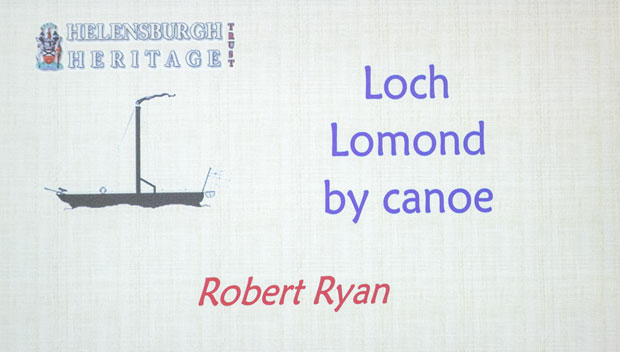 Some of the smaller islands contain the ruined castle and homes of Scottish clans, and it is thought that by 1816 the illegal stills on the islands were producing 100 gallons a day for consumption in Glasgow.

Robert (right) and Ritchie, who have been canoeing on the loch for ten years, were introduced by Trust chairman the Rev David Clark, and the vote of thanks was given by Trust director Stewart Noble who is also an expert on the loch and once skated across it.