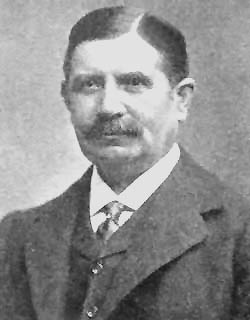 He then became Sir William Hannay Raeburn, 1st Baronet of Helensburgh, selecting this title because he lived here — and many of his descendants still do.

Sir William, a Justice of the Peace, lived in Woodend (pictured below), a splendid mansion in Millig Street, which was for a time a St Bride’s School boarding house and today is flatted and has particularly attractive modern homes in its extensive grounds.

Sir William was originally from Glasgow, where he was born on August 11 1850, and moved with his family to the burgh towards the end of the 19th century.

In 1916 the then William Raeburn was appointed president of the Chamber of Shipping by the shipowners of the United Kingdom, and on his retirement from that position that he was awarded a knighthood for services to shipping.

After the First World War Sir William was elected as MP for Dunbartonshire on December 14 1918, and he held the seat until 1923. At this point he received the baronetcy.

As an MP, he would also be well known to Helensburgh resident Andrew Bonar Law, Unionist Prime Minister for 209 days in 1922-23 until his death. There was a General Election in December of that year, and Sir William did not contest the seat — which the Unionists lost.

A memorial plaque on the north wall of St Michael and All Angels Episcopal Church was placed there by Sir William and his wife, Ellinor Martha, in memory of 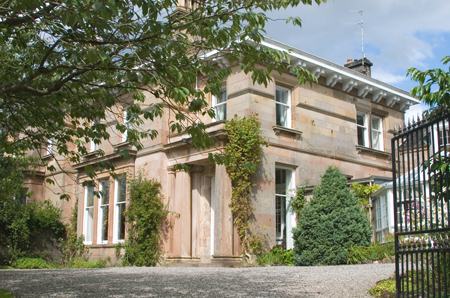 their youngest son, Alfred Anthony Douglas Raeburn. Sir William was a member of the Vestry of St Michael's and a key figure in the erection of the church tower and provision of new bells in 1930.

The Empress replaced the Cumberland, which was in use from 1869 until 1889 when it caught fire and burnt to the waterline, fortunately without loss of life. She remained there until the 1920s, offering tough and at times brutal training and harsh discipline — but also brass and pipe bands which were much in demand for social events.

An obituary in the Helensburgh and Gareloch Times referred to him as Helensburgh's "most distinguished citizen and a generous giver", and added  "To every deserving cause or institution from which an appeal was made Sir William gave with a great liberality and discrimination."

It refers to his gifts to St Michael's Church and then stated: "He was chairman of the Helensburgh Dwellings Company Limited, which erected workmen's houses in Maitland Street and have proved an asset to the town. The Horticultural Society found in him an honorary president who took a keen interest in the furtherance of its objects.

"He was president of the Amateur Operatic Society, and indeed it would be almost impossible to mention a local organisation which did not receive from him some measure of support if it required it." 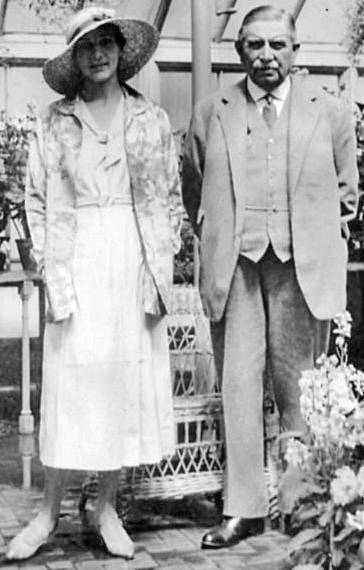 His first son, William Norman Raeburn, born in 1877, spent his early years at the family home and was a member of Helensburgh Cricket Club and a chorister at St Michael's Church.

When he died in 1977 his son Michael Edward Norman Raeburn became the 4th Baronet, but he does not use the title. His heir is his son Christopher Edward Alfred, who is in his late twenties.

The second son of Sir William was Sir Ernest Manifold Raeburn (1878-1922), who lived in West Abercromby Street and whose knighthood was also for services to the shipping industry. He died at the age of 43.

A notable member of the family was Sir Ernest's son, Major General Sir Digby Raeburn (1915-2001), who was in the Scots Guards and Governor of the Tower of London.

Sir Digby followed his successful career in the Army with an eight-year appointment as Governor of the Tower of London and Keeper of the Jewel House.

As Governor, Sir Digby was in command of the Yeoman Warders; as Keeper of the Jewel House he was in charge of the separate corps of Curators and Wardens and responsible for the security of the Crown Jewels.