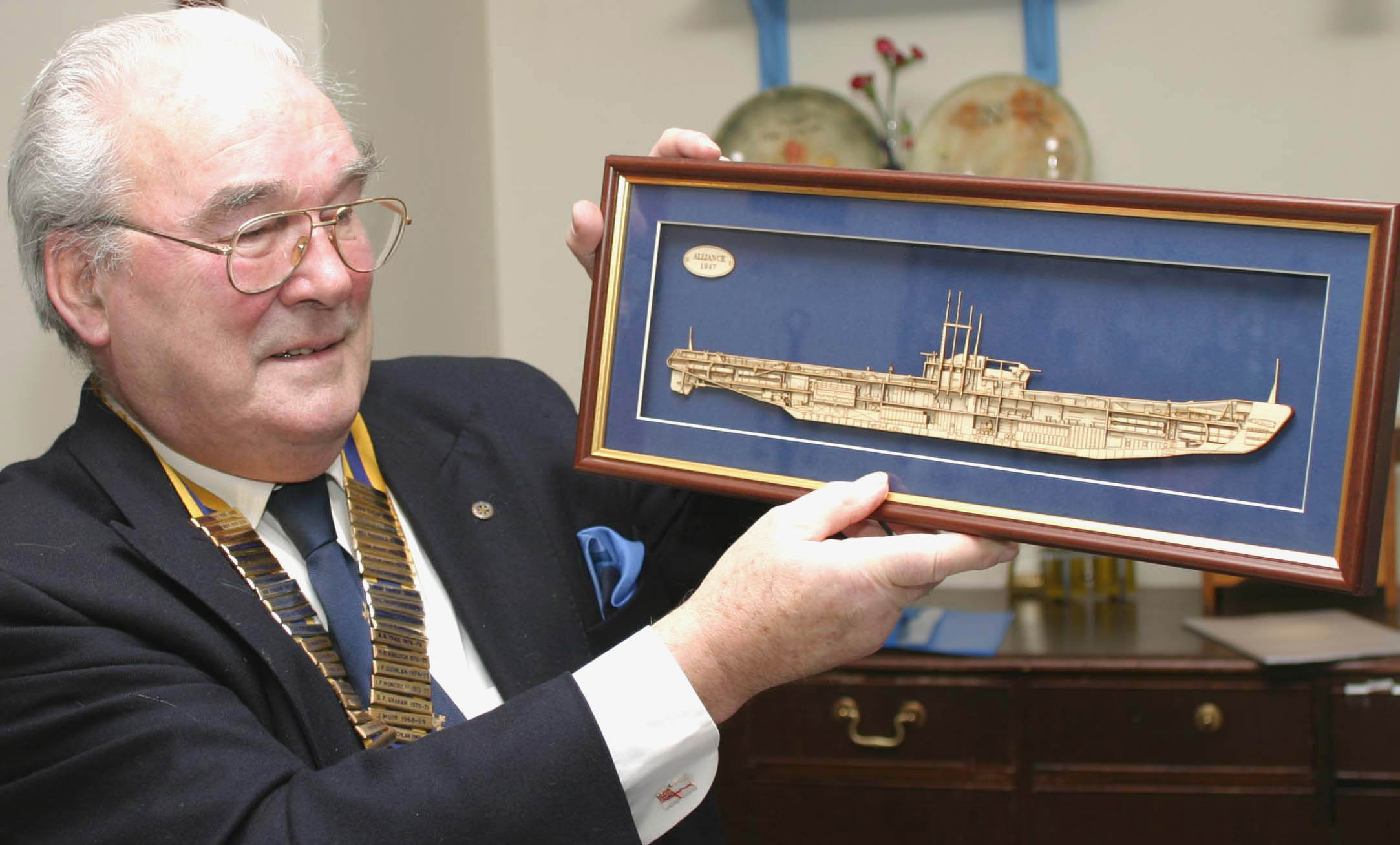 A WELL known Helensburgh man, the late Bill Morrison, OBE, is included in the Guinness Book of Records as having made the deepest unaided ascent from a sunken submarine — although he knew very little about it at the time.

Former garage boss and local Conservative district councillor, Bill lived for many years in Cove and Kilcreggan and was a member and treasurer of its town council prior to the reform of local government in 1975. He also owned the Knockderry Hotel at Cove for some years.

Having spent his final years living in Colquhoun Square, Helensburgh, Bill died on February 11 2012, a few months after his wife Hilary.

He was president of Helensburgh Rotary Club in 2003-4, and to mark his 80th birthday members presented him with a specially commissioned model of a midget submarine.

In 2007 he had another milestone when he completed 50 years of Rotary membership, and this was marked in May 2008 with the award to him by the club of rotary's highest honour, the Paul Harris Fellowship. He was also elected to honorary membership of the club.

He set the record in 1945 when the midget submarine XE11 sank in Loch Striven, and what follows is his account of that fateful day on which three crewmates lost their lives . . .

"By mid-1944 all indications were that the war in Europe was drawing to a successful end, and after many successful operations of Xcraft of the 12th Submarine Flotilla, it was decided to prepare for further operations in the Far East against Japan.

Specially modified craft, XEs, were under construction at Vickers in Barrow and other engineering works at Chesterfield, Wakefield and Huddersfield under Vickers supervision. 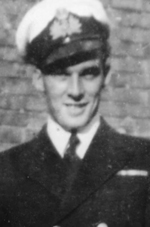 Crews were appointed to each craft, i.e. an operational crew of C.O., 1st Lieutenant, Diver, ERA and two passage crews each consisting of one officer, one electrician rating and one stoker.

When each craft was approximately two weeks before completion, each operational crew stood by his craft at the builders to take over for all sea trials and working up with all crews.

By the end of 1944, all craft were completed and by January 1945 a total of eight XEs were busy working up on all sea trials etc. In February 1945 the depot ship Bonaventure left for the Far East to serve under American control.

She could only carry six craft aboard and it was decided that XE11 and XE12 would be shipped out shortly after on a Liberty ship to join the flotilla with Bonaventure for operational flotilla duties wherever Bonaventure was deployed.

By the first week of March, XE11 had completed all sea trials and all equip¬ment proved completely satisfactory, but on March 4 we were having serious problems with an important item of equipment called a type 151 differential depth gauge, used for indicating the draught of any target ship which we were in the process of attacking.

On 5th March the C.O., 1st Lt. and ERA took to sea on special tests accompanied by two Admiralty boffins who had developed the type 151. After a number of experiments they made certain modificational adjustments on the equipment and passed it as A1, OK.

On 6th March we had to spend the day calibrating the repaired type 151 which entailed submerging to 100 ft, catching and retaining a static trim, then calibrating a screen, thereafter rising at 10 ft stages holding a trim and calib¬rating at each stage.

It was decided on that day to give our diver Newman and ERA Robson a day of rest, and to replace them by spare or passage crew members to let them have more experience with the relatively new craft. They were Stoker E.Higgins, Seaman Torpedoman J.J.Carroll and ERA Les Swatton.

We sailed from Fort Bannatyne and proceeded to our exercise area in Loch Striven. We dived and carried out our first trim and calibration at 100 ft shortly after 0800. 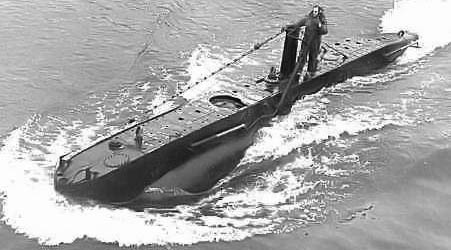 We carried out all of the calibrations successfully and the type 151 was operating perfectly. By 1100 we had completed all calibrations from 100ft — 30ft during which time the C.O. and ERA were involved with the type 151 while the 1st Lt was at the main controls adjusting and maintaining a trim at every stage from 100 ft —20ft.

Higgins and Carroll took it in turns to man the steering position and main ballast controls, while making tea or coffee, and everyone still had to move as little and as gently as possible not to upset the trim too much.

By 1115 I had been at the main controls since approximately 0700 and was in a ‘state’ where I simply had to use the heads’. The C.O. gave permission for Higgins to take over the control position while I went to the W/D compartment to relieve myself at the heads (toilet).

On completion, instead of me returning to the controls, the C.O. told me to stay where I was, as after one more calibration at 10 ft he was going to surface to vent the boat and have lunch on the surface around 1200.

At approximately 1120 while coming up to 10 ft, there was a considerable bump up forward in the battery compartment indicating that we had collided with or hit something. The craft heeled over quite an angle before righting itself.

The C.O. asked me to open the battery compartment hatch to ascertain any damage. As I was reporting no apparent damage, there developed a fairly loud grating noise which appeared to be running on our hull from fore to aft.

Suddenly the noise of a ships engine and propeller was obvious and almost simultaneously a major collision rent a huge gash on our pressure hull, causing a cascade of sea-water about 6”" broad shooting into our control room just aft of the main periscope on the port side behind the main control position.

The C.O. immediately ordered "Full Ahead, Group Up, Hydrophones, Hard to Rise", and ordered me to open up the hatch as we would all scramble out on breaking surface.

I pulled the hatch clips to the open position but could not open the hatch against the sea pressure, and suffered great pain in my neck and shoulders trying to push open the hatch with my head with every ounce of strength I could muster. 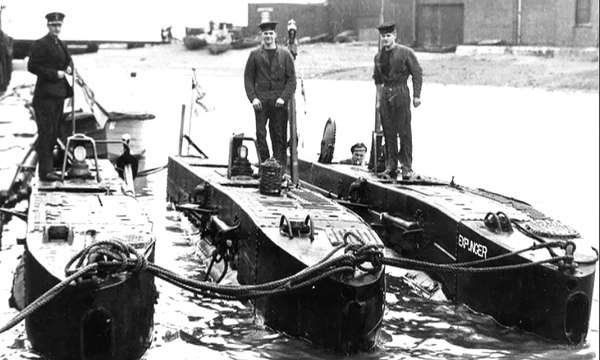 By this time the craft was flooding furiously and developed an extreme stern down angle.

I was aware that Swatton the ERA was halfway in the W/D escape chamber with me where he had been ordered by the C.O. to be ready to scramble out while helping me to open the hatch.

As I was having my last thoughts of the life and times of Bill Morrison, the craft suddenly hit bottom, rolled on to an even keel, and the air pocket spread evenly over the top of the W/D escape chamber.

As I had Ieft the clips of the hatch in the open position, the pressure of the trapped air blew open the hatch, shooting the trapped air bubble to the surface with myself and Swatton who had managed to squeeze himself wholly into the small chamber with me.

Alas, we both got jammed in the hatchway with the upward thrust of the air bubble. I managed to retract myself into the chamber, at the same time giving him a good push out the compartment up towards the surface.

My lungs were still full of air as compressed at 200 ft and I stretched my arms into the control room to feel if I could locate anyone else, but to no avail. I immediately pushed myself out of the hatch and propelled myself to the surface.

I was unconscious before surfacing, and the next thing I remember was lying on my back on the deck of the ship we had collided with, being given artificial respiration, around about noon.

Later it transpired what had happened since 1115 was that in the course of our calibration exercises, taking approximately three hours, the tide had carried us while in static trim out of our exercise area into another area where the boom defence vessel Norina had been laying a buoy while lying stationary.

Her task was completed at precisely the same time as we decided to come up to 10 ft to do our last calibration. This gave our first impact, and then the grating noise was the tide carrying us along her keel. Her ripping our pressure hull gave an awareness of some mishap and she stood by the area as a precaution.

Very shortly, ERA Swatton broke surface and swam around fully conscious, wondering what had happened to his ‘Jimmy’, who he assumed had escaped with him. His assumption was correct as a few minutes later I broke surface lying on my back unconscious, about ten feet from him.

He swam to me and as he was holding me I apparently spouted like a whale, convincing him that there was some life left in me — he held on to me!

All of this was witnessed by the vessel with which we collided and she lowered a boat which picked us up to rush us to Port Bannatyne. 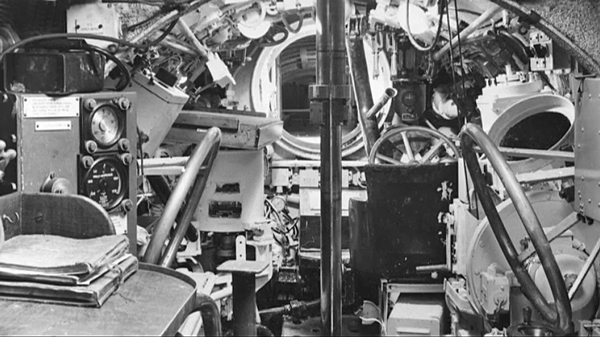 The craft was located and recovered a few days later by helmet divers operating from the vessel we had collided with. The craft was in an area marked on charts as varying between 30-35 fathoms. The divers that took part in the salvage confirmed their depth indicators showed the depth between 210-215 ft.

When the three bodies were recovered they each had a DSEA set around their necks and bodies, but they were not connected or switched on as they were either killed by being drowned or overcome by pressure before being able to switch on the oxygen supply. They were buried later in Rothesay Cemetery.

At the time I suffered severe bleeding from nose, ears, and mouth which stopped within the hour, but headaches and muscular pain persisted in my head, neck and shoulders for some time. But at that time the diagnosis was what was to be expected after such an experience.

Although occasional headaches and neck pains persisted over many years, they became a condition I got used to and learned to live with.

In the early 1980s I appeared to damage my neck while mounting and fixing a curtain rail in a very awkward and high position.

X-rays, examination and treatment by specialists diagnosed damage to self-healed fractures on two vertebrae in my neck.

After much analysis it was decided that these two fractures had been caused by the very unusual, extraordinary pressure exerted on my neck by the efforts to force the hatch open with my head and shoulders back in 1945. Since this diagnosis I was awarded a war pension but not back-dated to 1945!

After considerable research with other navies throughout the world, in 1974 the Guinness Book of Records listed this escape as the world's deepest escape without breathing or other escape apparatus."

atricks Day, March 17 1945. The event in the Royal Hotel in Port Bannatyne was well celebrated and remembered by all who attended.

Eight years later to the very day of the event, Bill’s only son — he and his wife Hilary also had four daughters — was born on March 6 1953.

In May 2005 members of the Scottish and West of Scotland branches of the Submariners Association were joined at Rothesay Cemetery by Bill for a simple memorial and wreath laying at the graves of their fallen comrades.

The short visit to Rothesay was incorporated for the first time — at Bill's request — into an annual memorial trip on the Firth of Clyde to remember the crews of two other navy submarines, HMS Vandal and HMS Untamed, which sank off Lochranza and Campbeltown respectively in 1943.