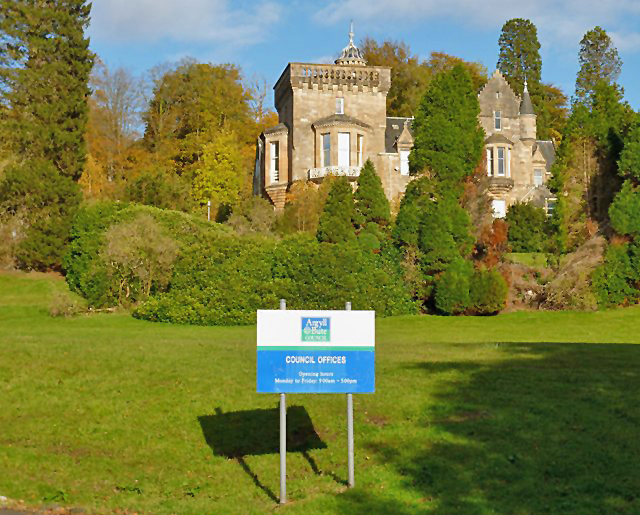 TIME is running out for Argyll and Bute Council’s imposing planning offices at Blairvadach, Shandon, overlooking the Gareloch.

Sometime in 2015 its staff will transfer to the bright and spacious new local council HQ being built on East Clyde Street, Helensburgh, overlooking the Clyde, as part of a community complex embracing the old Clyde Street School.

There is quite a lot of history associated with Blairvadach and its next door neighbour Broomfield, as local historian and Helensburgh Heritage Trust director Alistair McIntyre has discovered.

Both mansions had a shared history as children's homes run by the same authority. However, although their paths converged, they followed very different routes before arriving at that point.

Blairvadach as its stands today was not the first house on the site. There was previously a square two storey residence, but this was replaced in 1850, when a mansion house was built for politician and manufacturer Sir James Anderson, Lord Provost of Glasgow from 1848-51 and later MP for Stirling Burghs.

It was designed by leading Victorian architect J.T. Rochead, who delivered a residence built in the fashionable Scots Baronial style, complete with massive keep, turrets and battlements.

Over the years, various owners came and went.

In 1900, the property was bought by Robert Michael Donaldson, and remained with the family until the end of the 1920's.

Alistair said: “The family is often erroneously referred to as being of the Donaldson Shipping Line.

“In fact the family business was the Clyde Iron Works, of which Robert Michael came to be chairman and managing director.

“There is something of an analogy here with the Donaldson family who lived around the same period at Kilcreggan.

“Their business interests also included the Clyde Iron Works, but again they are often wrongly stated to be of the Donaldson Shipping Line.

“While the Donaldsons at Kilcreggan and those at Blairvadach were possibly related, any link with members of the shipping line of that name was probably tenuous, if it existed at all.”

During the 1930's, Blairvadach passed into the possession of the Watson family, but towards the end of 1939, there was a dramatic change.

The mansion was bought by the Public Assistance Department of Glasgow Corporation for use as a children's hospital.

Some 80 children housed at Stobhill Hospital in the city were transferred to Blairvadach and its 50 acres of grounds.

One reason for this might have been the potential risk posed to the children by World War Two bombing if they stayed in the city. However, Glasgow Corporation retained its interest in Blairvadach after the end of hostilities.

One major event around this time was the setting up of a German prisoner-of-war camp.

As the war entered its final phase, large numbers of POW's began to be taken, and camps to house them were set up all over the country. The grounds of Blairvadach were selected, as were those at nearby Stuckenduff.

After the last prisoners were repatriated in 1947-48, attention focussed on the huts in which they had been housed.

There was a pressing need for civilian housing accommodation, and so the huts were pressed into service for this purpose. In 1951, some 36 families were living there until new houses were found for them. 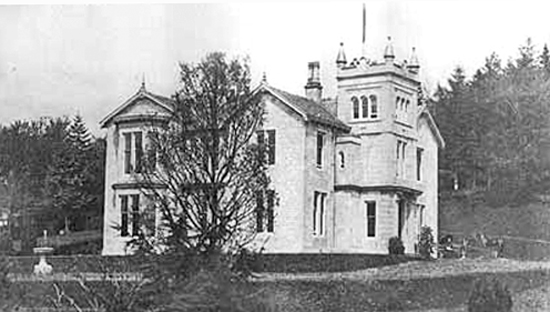 Soon after the war, probably around 1947, Blairvadach was linked up with neighbouring Broomfield, which had been in use for some time as the Eda Yarrow Home.

Built around 1859 and demolished around 1980 it began life as Broomfield, a large private residence located on the sloping hillside.

Alistair McIntyre says that the earlier years of the house appear to have been relatively uneventful.

He said: “One of the more interesting-sounding owners was a James Kirk, described as a music hall proprietor in Helensburgh, who was there in the 1890's, but little information about him has so far come to light.”

A year or so before the outbreak of the First World War, the property came under the ownership of Etheldreda, wife of Harold E.Yarrow, of the Yarrow shipbuilding family.

The Yarrows had a history as benefactors as well as shipbuilders — in 1894, Alfred Yarrow, Harold's father, set up a convalescent home for children at Broadstairs.

This was aimed at the invalid children of the middle classes, “whose parents, although able to afford a small sum, could not afford to give their children a change to sea air combined with skilled attendance”.

At the start of June 1914, Broomfield began a new chapter under the name of Broomfield Convalescent Home.

It was described as having been founded and endowed by Alfred Yarrow, who had presented the house to his daughter-in-law, along with the six acres of well tended attractive grounds.

Accommodation was provided for six mothers and their young children, with preference being given to patients of Glasgow Royal Maternity and Women's Hospital, and to the wives of workmen of Messrs Yarrow.

However other deserving cases were also considered.

Alistair said: “It is worth noting that Harold, later Sir Harold, was also a philanthropist in his own right.

“He was one of those responsible for setting up the Princess Louise Scottish Hospital for Limbless Sailors and Soldiers at Erskine, and also served as president of the Scottish Convalescent Home for Sick Children.”

Very soon, the new Home came to be known as the Eda Yarrow Home.

Several years before the death of Lady Yarrow in 1945, ownership of the Home was vested in the Trustees of the Glasgow Royal Maternity Hospital, although the name continued to apply as before.

In the early post-Second World War period, ownership changed once more, when the Home came under the wing of the Children's Department of Glasgow Corporation, already the owners and administrators of the adjacent Blairvadach Children's Home.

After that the two properties had a shared history, including the final phase, when ownership and control passed from Glasgow Corporation to the newly-created Strathclyde Regional Council, who operated the facility under the wing of the Social Work Department.

Strathclyde Regional Council in turn passed into history in 1997, but the Eda Yarrow building had by that time fallen into disuse, having closed its doors about a decade earlier. The property was subsequently demolished, and today a housing estate occupies the site.

Garelochhead resident Fiona Hamilton has fond memories of life at Broomfield, where her father was head gardener.

Brought up at Broomfield Cottage, she well remembers the wives of the Yarrow firm and their babies. She also recalls the German POW's, whose camps were close by at Blairvadach and Stuckenduff.

At Christmas, they would present local children with toys they had fashioned from driftwood and other available materials.

A number of former child residents have recorded their thoughts and memories of their time at the homes.

One lady said: “I lived there for five years, and loved every minute of it. In fact, when I returned home, I wanted to go back.”

Another recalled: “Blairvadach has so much history, so many stories left untold.

“I have taken it upon myself to research these, and hopefully so will the kids, and the many people who worked there over the years.”

Former staff are also enthusiastic about their time at the Home, in particular two ladies who worked there in the 1960s and 70's and who are seeking to make contact with other former staff.

One said: “We have so many great memories of our time with all the children in the baby ward. All the children were really well looked after, and all the staff were fabulous.”

The Helensburgh area passing into Argyll and Bute heralded a new dawn for Blairvadach, as the decision was made to locate the Department of Planning and Building Control to Shandon.

In March 1998, this came to fruition when the department transferring from temporary offices at Bridge Street in Dumbarton. Soon they will be on the move again.