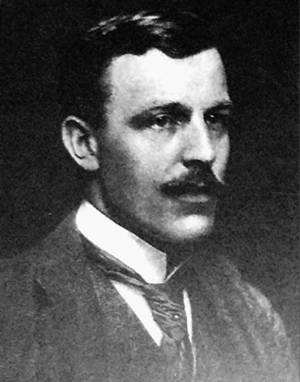 AN ARTIST who lived in Rhu and Helensburgh at various times was Sir James Guthrie, leader of the internationally renowned Glasgow Boys.

James Guthrie was born in Greenock in 1859, son of the Rev John Guthrie and his wife Ann. He studied law at Glasgow University but, with his father’s permission, left without a degree to pursue a career in art in 1877.

He was led a group of young Scottish painters — among them E.A.Walton, James Paterson, W.Y.MacGregor, Joseph Crawhall, James Nairn, George Henry, John Lavery, and Thomas Millie Dow — and they became known as the Glasgow Boys.

James, at the age of about 20, was seen as an upstart when he applied unsuccessfully for membership of the Glasgow Art Club in 1877.

Two years later he moved to London to study. He painted with the other artists during the summer at rural locations, often Rosneath and Helensburgh but mostly in the Borders at Cockburnspath.

He often used a studio at Eastwood, 221 East Clyde Street, the home of a friend, Glasgow dentist and amateur watercolourist J.G.Whyte, whose daughter Christina is the goose girl in the famous ‘To Pastures New’, just one of many important works he painted in the burgh.

By 1885 he was a reputable portrait painter with studios in both London and Glasgow.

Several years later he met Helen Newton Whitelaw, who lived at her family home, Rowmore, a Rhu mansion with stunning grounds and views over the Gareloch, with her mother, Anne Whitelaw, her brother George and sister Alice.

Anne was the widow of soap manufacturer Alexander Whitelaw, who had earlier rented Drumhead House in Cardross in the 1880s and died of a stroke at Glasgow’s New Club in 1891 aged 61.

In 1897 James and Helen were married. He was 38 and she was a year younger. Two years later their son Thomas Whitelaw Boyd Guthrie was born in Chelsea, London.

On August 8 1899 Helen’s other brother, Thomas Newton Whitelaw, also a soap manufacturer, who lived in Durie House, West Abercromby Street, Helensburgh, and at 87 Sydney Street, Glasgow, died suddenly of a heart attack in Glasgow’s Western Club at the age of 45, just a few months after marrying his wife Jessie Hogan. 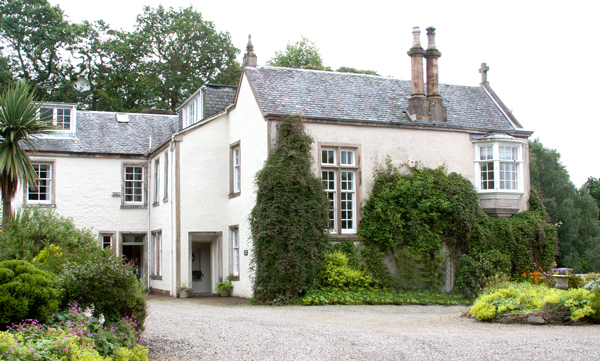 In 1902 James became president of the Royal Scottish Academy — a post he was to hold until 1919 — and he and his family moved from 7 Woodside Place, Glasgow, to 41 Moray Place, Edinburgh.

In 1903 he was knighted, and by now his life was one of respectability.

He was a prolific artist and exhibited at many exhibitions, but is not thought to have painted his wife’s portrait, although he did a painting of the entrance to Rowmore.

The only known painting of her was by John Lavery, later Sir John, and does not give a clear image of her face. 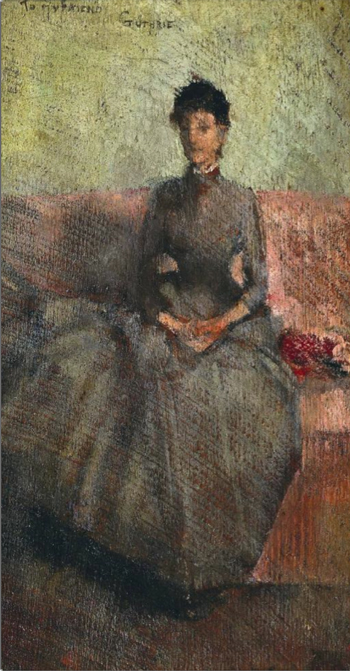 In 1906 Lady Guthrie’s mother died at Rowmore of a stroke at the age of 81, and the house was left to her daughter and son-in-law.

They lived there in the summer months, spending the rest of the time at Moray Place where they had four servants. Lady Guthrie died of cancer in the capital on October 20 1912 when she was only 52 and her son just 13.

Locally one of the best known works by Sir James is a portrait of Helensburgh town clerk George Maclachlan commissioned in 1906 by the Town Council to mark his 60 years of service to the burgh. It hangs in the former council chamber in the Municipal Buildings.

After World War One the National Portrait Gallery in London commissioned him to paint a life-size group of statesmen from the Great War in which appear, among others, Winston Churchill, Lloyd George and Helensburgh man Andrew Bonar Law.

In his later years Sir James — to the delight of village youngsters — kept a seaplane in a small hangar below Rowmore.

After his death there on September 6 1930, his naval architect and engineer son Tom took up flying and trained in a Tiger Moth 60, receiving the Great Britain Royal Aero Club Aviators Certificate in 1932 and being registered with the Scottish Flying Club.

The following year he set up Clyde Flying Boats Ltd. and offered pleasure flights from the beach to the west of Helensburgh pier, charging ten shillings (50p). The longer trip over Loch Lomond cost £1.

Tom died of kidney failure on February 21 1938 at the age of 45. According to his death certificate, which was signed by his uncle, Helensburgh GP Dr William Robert Sewell, he had been ill for two days.

An interesting insight into Sir James is contained in Charles Warr's autobiography, entitled 'The Glimmering Landscape' and published in 1960.

Warr was the son of the Rev Alfred Warr, Church of Scotland minister at Rosneath from 1887. After the death of Mr Warr in 1916, his  family took up temporary residence at Glenarn, Rhu, and Charles was able to develop further an already close friendship with nearby neighbours, Sir James and Lady Guthrie, at Rowmore.

“He was one of my heroes. He was extraordinarily good to me. I spent hours with him at his charming house, Rowmore, listening either in his outside studio or his elegant library to his fascinating conversation. It was a wonderful education.

"With his carefully-clipped moustache, finely chiselled features, exquisite manners and old-fashioned black silk cravat with a single pearl, Guthrie looked the very embodiment of a mid-Victorian ambassador. He was a man of great erudition and wide catholic interests, and his talk was always wise, informed and mature.”

He goes on to give a great deal of detail about Guthrie's painstaking approach to painting. One commission, obtained in 1919, was not delivered until 1930. 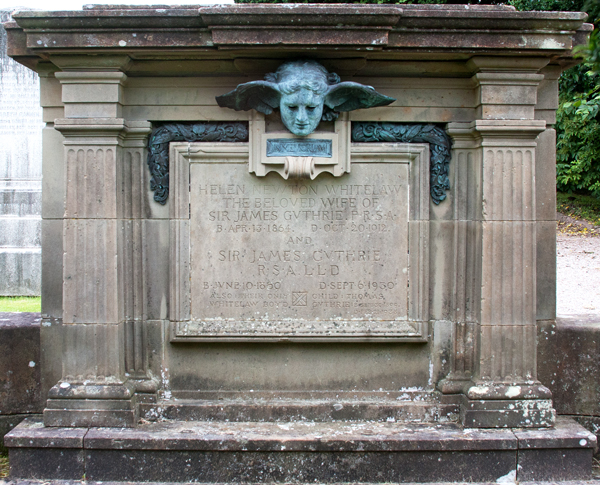 A memorial to all three, designed by Helensburgh architect and artist Alexander Nisbet Paterson, stands in Rhu churchyard.

■ Details about the life of Lady Guthrie are scarce, and a descendant, former New Zealand government minister, the Hon Katherine O’Regan QSO, JP, would like to find out more.

Katherine, an MP for 15 years and a minister for six, is now retired and living at Te Awamutu, a town in the Waikato in the North Island. Her great grandfather’s sister was Anne Whitelaw, mother of Helen Newton Whitelaw, who became Lady Guthrie.

She said: “I am writing a family history and have only just found out the connection between Sir James Guthrie and the Newton family, from which I am descended, and in particular I have been trying to find out more about Lady Guthrie.

“Surprisingly little is known about her, and I would be very grateful if anyone can tell me more.”